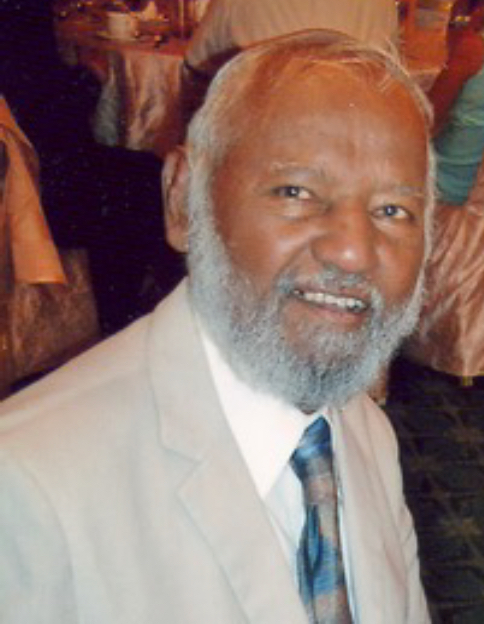 Robby Bacchus wanted to help others. Whether professionally as a doctor, instructor or teacher, or while preparing a meal in the kitchen at home, Robby wanted to know your story. He looked beyond the obvious and wanted to understand your DNA.

Born in Guyana in South America in 1933, he traveled as a student to Dublin in the 1950s and all over the world as a physician, his path shaping his understanding of those he met along the way. As a student at the College of Surgeons in Dublin, a fellow of the Royal College of Pathology and Director at the Centre of Pathology at the Ministry of Defence and Aviation in Saudi Arabia, Robby was known and valued as an attentive observer and listener.

Robby Bacchus never failed to pass on his knowledge and experience not only to his family and friends, but also to the next generation of colleagues in Asia and Africa. When he started organising training trips to Bahrain, Oman, Qatar and Egypt in 1995 – not infrequently at his own expense – he had already attained a leading position in numerous national and global organizations.

As a delegate of the Royal College of Pathology, he became a member of the House of Representatives of the World Association of Societies of Pathology and Laboratory Medicine (WASPaLM), for many years acting as the official representative at the World Health Organization (WHO), and he was elected president of the World Pathology Foundation (WPF).

For those of us who had the pleasure of knowing Robby, seeing his name on the Wall of Honour at the Royal Society of Medicine scarcely does justice to his great achievements in medicine and pathology, which were not only his lifelong passion but a constant source of new questions and answers. For me personally, Robby was a close friend, honest advisor and a brilliant mind – not to mention a virtuoso in the kitchen with a flair for Indian specialties, the aromas of which will always conjure up memories of him. Robby Bacchus died on 18 June 2020 at the age of 86 at his home in Wheathampstead, England. Robby will be greatly missed by us all and fondly remembered as a good friend and an exceptional colleague.